Toxic [Mat Walerian, Matthew Shipp, and William Parker] — This Is Beautiful Because We Are Beautiful People (ESP-Disk, 2017)

Polish woodwind player Mat Walerian has hit the radar in the last three years, thanks to his association with Matthew Shipp. Walerian and Shipp have appeared together on a clutch of ESP-Disk albums: a duo (calling themselves The Uppercut), a trio with drummer Hamid Drake (called Jungle), and Shipp’s recent quartet album, Sonic Fiction.

My introduction to Walerian was the trio Toxic, with Shipp bassist William Parker. You’d expect the album to excel anyway, but I find myself savoring the sections where Walerian sits out, leaving the Shipp-Parker duo that’s been working together since the ’90s. On “The Breakfast Club, Day 1,” they’re in a particularly casual, unhurried mode, stepping briskly but not urgently. It’s as if the weight of the years is gone, and they can be themselves without having to prove themselves.

But this is supposed to be about Walerian, and ESP-Disk’s seeming determination to make him famous. He’s worth the effort. Playing mostly saxes and clarinets, Walerian adeptly combines the jazz tradition with the new thing, playing with an easy, unforced confidence. He shifts gears smoothly and — with this trio at least — fits comfortably into the flow.

“The Breakfast Club, Day 1” is a good example, where his sax is in an avant-romantic mode: sweet lines of melody that swerve into brief overblown squeals or tiny bits of free rambling. It’s an easy and confident mood that sets up the Shipp-Parker passage that I enjoyed so much.

The title track has more in that vein, on clarinet, with Walerian mixing old-timey motifs and a pensively swingy feel.

I’m making the album sound happy-go-lucky, but of course there’s Shipp, adding ice-block chords and low-register piano rumbles. He also adds a light touch on “Peace and Respect” supporting Walerian’s bass clarinet with jazzy chord blips — and, later, with comping on the organ, apparently Shipp’s first recording on that instrument. Actually, that track gets happy as well, with the organ doing its sustained-chord thing and Parker’s bass providing a cool swing.

And if you’re looking for a full dose of Shipp, “The Breakfast Club, Day 2” has that stern hammering, sustain pedal fully down, as Walerian, dancing a lot more to the outside, still finds ways to carve melody from the wall of sound. But even that one comes to a swingy conclusion.

With the recent passing of Bernard Stollman at 85, I’m looking back over the catalog of ESP-Disk, his eclectic record label that became instrumental to the development of free jazz. I thought it would be fun to highlight a few gems that aren’t getting mentioned in other obituraries.

During my time as KZSU jazz director, we were receiving some ESP-Disk reissues that were top-notch stuff and some new releases that excelled. But ESP was maybe a little too open-minded in its selections, because we got some albums, old and new, that fell flat, tripping over the line between glorious freedom and undisciplined chaos. I credit Stollman for giving the artists total control over their albums, but there’s a lesson in there about temperance.

You can search the KZSU library here or here, two different and rather powerful search engines that put a lot of commercial efforts to shame. Because of the confusion over ESP’s ownership and exact name, KZSU’s ESP collection is listed mostly on this page, but a few titles (including Charles Manson’s) ended up on this page.

The names on those pages brought back mostly forgotten old fuzzy feelings. Note that I have not taken the time to revisit all of these releases, so some of the memories might be fuzzier than others.

James Zitro — Zitro (1967) ….. In 1967, Stollman gave Sonny Simmons’ drummer, James Zitro, a chance to show what he could do as a leader, and the results were explosive. The album is essentially two long tracks. “Happy Pretty” is a loungy jazz number played at 78 and overrun by stampeding horns and some ferocious soloing. It’s a thrilling yet incongruous straddling of the old and new jazz worlds. The band tries maybe a little too hard here, but it’s a mix worth hearing.

Sonny Simmons — Music from the Spheres (1966) ….. Along with Staying on the Watch, part of saxophonist Simmons’ great legacy and the start of a career that nearly derailed in San Francisco but has been back on track since. I wrote the Zitro entry assuming you knew Sonny Simmons, but if you don’t, start here. 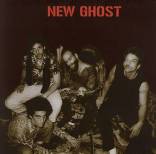 Ellis Marsalis — Ruminations in New York (2005) ….. Scanning the ESP catalog, you frequently find yourself saying, “That guy? Really?” (The catalog is indeed 90+ percent male, but I also found myself saying “Billie Holiday? Really?”) Yes, a Marsalis is on the roster — Ellis, the patriarch, sitting down for some solo piano pieces that feel like casual journal-entries. Comforting sounds from an old cat who’s lived a good life. The music has the feel of jazz standards, but I remember considering that it all might have been improvised. It sounds like he had a lot of fun with this.

Ornette Coleman — Town Hall, 1962 (1965) ….. Yes, everybody knows about this one. I’m cheating. But this was my first ESP album and my first full dose of Ornette. (A cursory listen to Song X in the ’80s doesn’t count.) I love the music, the sound of the Izenzon/Moffett trio, the fact that there’s a string quartet dropped in the middle of all of it — and the backstory, with Ornette having to fund the show himself. In fact, I think I’m going to go listen to it again right now.