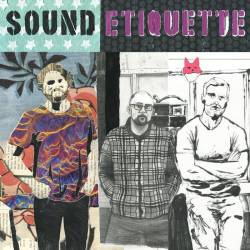 Oakland-based trio Sound Etiquette starts with the ingredients of fusion and soul — electric piano, sax, and drums, and an open spirit. What they create, though, are improvised pieces across an impressive spectrum of moods ranging from jazzy to jamming to abstract.

The music might appeal to the jam-band crowd, but it feels closer to the realm of hardscrabble free jazz. Each of the pieces on Sound Etiquette’s debut album sticks to one core idea. They set the rules as they go, sticking with them until the song has played itself out.

All the tracks clock in at less then 9 minutes, and most have some grounding in a traditional mindframe of jazz or rock. “Entrance,” for example, does groove, flashing the swagger of jazz electronica. It’s a friendly piece that shows off the band’s charisma.

Not every piece has to groove. “The Tides” is a sinister simmer, crawling slowly with pulsing electric piano and abrasive, nearly subliminal tones on sax, propelled by whisper-fast drumming.

“Escape Velocity,” on the other end of the abstract spectrum, might be my favorite track: an all-out blowout, with Wallace and drummer Aaron Levin raining fire. Obando’s saxophone is bright and scribbly, building up to some passionate skronking to wake the dead.