It was just a half-hour show, but hey, it’s not as if Surplus 1980 plays all the time, and I’ve been wanting an excuse to spend some time at Amoeba …

Moe Staiano‘s rock band got the stage at Amoeba Berkeley on Sunday afternoon, playing tracks from the album, Relapse in Response — plus one new song that’s earmarked for a 10″ vinyl release Moe is considering.

Neither the stage, nor the crowd, nor the pay (Amoeba gift certificates) are large, but I’ve always thought in-store record shows were a neat “community” thing to do, both for the stores and the musicians. Come to think of it, I seem to remember Moe doing a solo performance at Radio Free Records, a short-lived store in a strip mall down here in Campbell, Calif.

Anyway, Surplus 1980 this time had five members: Moe, Bill Wolter, and Thomas Scandura (the guitarist and drummer I’d seen at the band’s Starry Plough show) an added guitarist (a woman whose name I didn’t catch, sorry!), and Vicki Grossi on bass (who appears on the Relapse album).

It was a nice set of pounding, complex rock. See below for a few pictures — at angles that obscure Grossi and Scandura, unfortunately.  And from Moe’s Soundcloud page, here’s one track earmarked for that 10″. 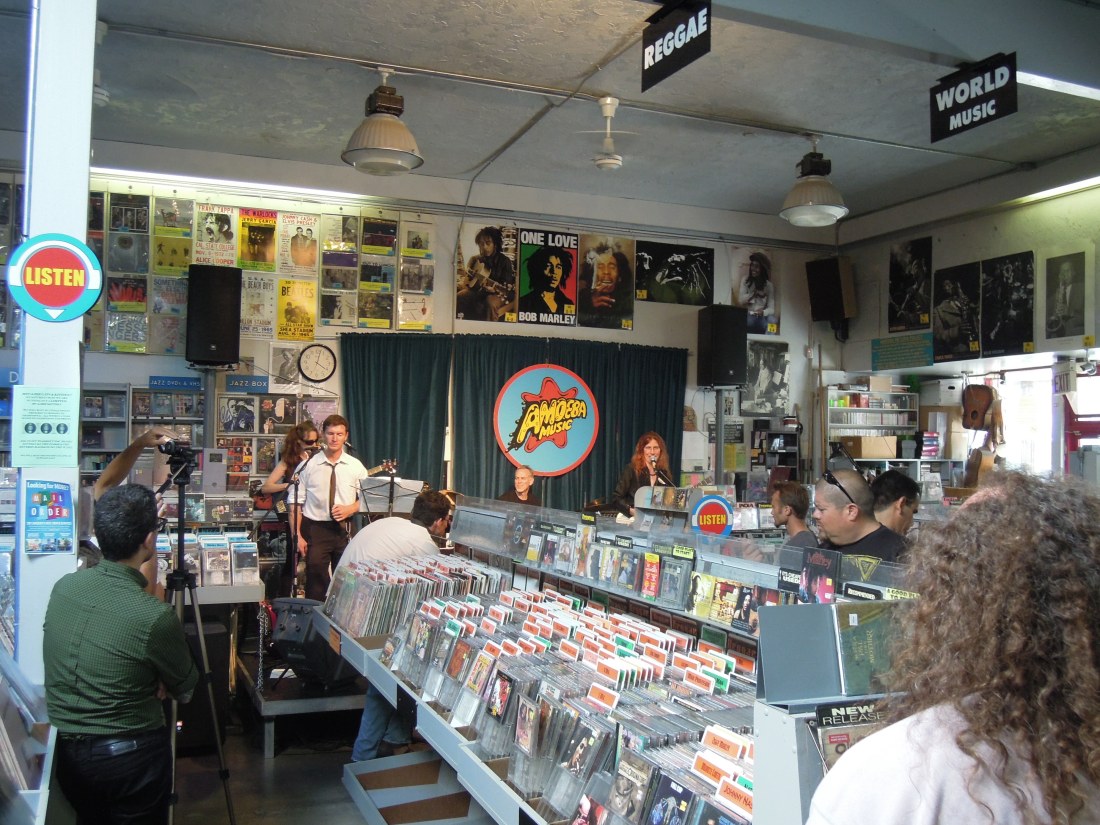 The set covered a lot of the album, including some of my favorite tracks — “Let’s Put Another One There,” the instrumental title track (with guitars taking over the Morse-code horn line), the amusing “M.E.S. Shoe Contact,” and the Diagram Brothers cover “Aggravation.”