It’s strange and yet not-strange to be back on the air. Normally it would be like riding a bike, but we’ve had some equipment changes in the past year, so my fingers, hands, and eyes can’t rely on a decade of muscle memory.  Obviously, I’m also out of touch with what we’ve got in rotation, so I’ll need to study up. But it’s good to be back.

Click here for the full playlist, or read below for notable bits and pieces: 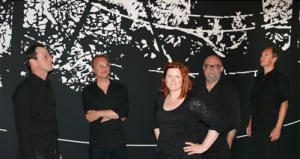 * Lisa Mezzacappa & Nightshade — “Regard de L’etoile” — Cosmic Rift (Leo, 2011) ….. I saw Nightshade’s recent concert and got a copy of this CD from Lisa. It’s hot off the presses: so new, it’s not mentioned on Leo’s web site yet. So new, the only way to get one is through Lisa (or Leo, if you’re in the U.K.). And we played it on KZSU! That felt good. I’m intending to write up more about the show and the album (and to blog the four or five music shows I got to see recently). Suffice to say, the album crosses jazz and chamber-music lines, using vibraphone and subtle electronics alongside guitar, reeds, and bass.

* Sangeeta Bandyopadhyay — “Raga Puriya Dhanashree” — Puja (Felmay, 2008) ….. My show started 1/2-hour early, as the preceding DJ had to leave early. Sri plays Bollywood and Indian pop music as part of his talk show, “It’s Diff.”  Bandyopadhyay, by contrast, is closer to classical Indian music; this is a relaxed, extended raga that shows off her powerful voice. I picked it partly because (confession time) it gave me more time to set up future sets — but also because she’s a key character on:

* William Parker — “Morning Mantra” — Double Sunrise Over Neptune (AUM Fidelity, 2008) ….. As noted in 2008, this is a powerful CD with a large ensemble, featuring Bandyopadhyay’s voice as a powerful addition to the mix. This track is based on a simple bass rifthat becomes a springboard for blooming improvisations, including one by Bandyopadhyay. 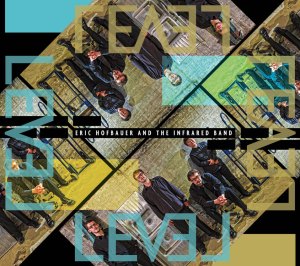 * Eric Hofbauer & the Infrared Band — “Pocket Chops” — Level (Creative Nation, 2011) ….. A song I remember from a Boston show two years ago. Playful, inside-swingy jazz lines that cave in as the avant-garde pauses and quietness creep in. The title was made up by a friend of Hofbauer’s, referring to the ability to flip between inside and outside jazz styles. Appropriate phrase for my show.

* Floored by Four — “Dougie” — s/t (Chimera, 2010) ….. Swampy psych played by Mike Watt, Nels Cline, Yuka Honda, and Dougie Bowne. I didn’t go for the snappy beat/jam of the track “Nels,” but rather for the slower, more contemplative “Dougie,” with its sparse cymbal crashes at the start, crisp bass, and lots of gloopy guitar/keyboard layers.

* Andy Akiho — “No One to Know One” — No One To Know One (Innova, 2011) ….. He plays steel drums. Yes, the instrument of cruise-ship cheesiness. But he does it in a context serious enough to be on Innova, building a classical/jazz framework that doesn’t reflect the islands one bit.  “Kiiro” is a very pretty, Metheny-like jazz instrumental, something that would go very well with a Chardonnay-and-brie festival audience. This particular pieces is more like Bang on a Can classical, with a small chamber ensemble backing Akiho and a manic percussive feel from the prepared steel drums. (He seems to have stuck wood blocks into them, as pianists do.)  Add to that some perky singing by soprano Fay Wang, a very Amy X. Neuburg-like touch. This track blew me away. You’d never guess it had a steel drum in it.

* Rhys Chatham — “The Magician” — Outdoor Spell (Northern Spy, 2011) ….. Maybe I’m the last to know, but Chatham swapped his guitar for trumpet. This album, then, is full of overdubbed trumpet, with lots of airy raspberries and curled-up squeaks. Regular trumpet notes appear, too, occasionally forming brassy drones. This 12-minute piece sets up Chatham’s trumpet overdubs with drums (Kevin Shea of Mostly Other People Do the Killing) and electric guitar (Jean-Marc Montera).