Appearing at The Jazzschool, Berkeley, on Sunday, May 9, at 4:30 p.m.  They’re listed in the promo materials as UVG. 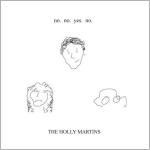 Here’s a different kind of improv.  It sounds like jazz standards sung into a comforting but stark white room.

“Stairway to the Mezzanine” opens the album with acoustic guitar work from Eric Vogler that sounds like the windup to a gypsy jazz piece. Then Lorin Benedict‘s velvety voice comes in — OK, it’s a more modern jazziness.  Then, by the time Kasey Knudsen‘s sax is on board, it’s apparent they’re not going to do the jazz standard thing at all. The sax and guitar follow a minimal set of lines while Benedict solos, gently piping his improvised syllables.

The trio keeps to a calm demeanor, drawing frequently from jazz harmonies but herding the overall song to stay outside the usual boundaries.  The recording has a warm sound, both in the sound and in the inviting warmth of the sax and guitar. Without drums or bass, there’s a nice stillness that quilts the music in an intimate mood.

“Schu-Schu” is one of the spikier pieces, with Benedict showing a bit more assertiveness and silliness in his singing, and Knudsen and Vogler poking through in stacatto form. It wraps up with some good, coordinated action-packed composing. “Post-Meridian” treads into alien territory with a duet of vocal and very dry sax, then gets into some nice wandering trio improv.

But the band keeps standards close to its heart. “Embraceable You” opens with four minutes of straight, fireside sax and guitar, comforting stuff. Then Benedict arrives for a segment of tense, pulsing improvising with Vogler, before shifting into some impressively fast club-jazz scatting.  “The Best Thing for You Is Me” stays closer to the original but includes some nifty Vogler soloing.

Knudsen is the only one of the musicians I’m familiar with, and she doesn’t strike me as an avant-gardist. Even so, there’s a lot of twisty creativity to this album, next to some very good jazz work from all three players. It’s an inside-out sound that’s heavy on the inside half but sets itself apart from staid, retro jazz.

The only complaint I’d have is that the band sometimes shifts moods too suddenly, as if announcing a change of phases in the song. It doesn’t happen suddenly enough to create an ear-grabbing contrast; rather, it’s like one part of the song grinds down and a whole new song is slowly pushed into motion.  (“Embraceable You” and “Post-Meridian” being the tracks I have in mind.)  I do appreciate that they’re preventing the songs from being monochrome statements of mood, though, and maybe I’ll come to accept these songs’ patterns as I get more familiar with them.

The track I don’t have in mind is the closer, “RN, But Not the Nurse,” which winds down to its conclusion and then adds a few extra seconds as a surprise bonus. It’ll put a smile on your face.