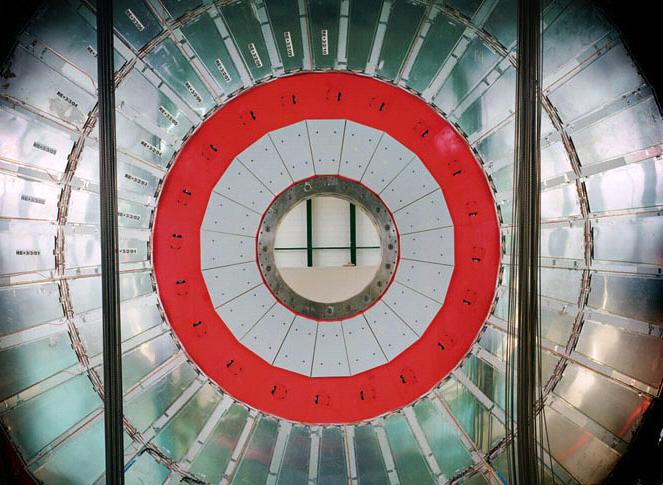 Obligatory background: The Nels Cline Singers are the instrumental trio of Cline on guitar with Devin Hoff on bass and Scott Amendola on drums. The group has been together for four electrically charged albums showing off the group’s eclectic tastes and broad talents.

Initiate opens with three minutes of shimmering loops and — no, it can’t be! — actual singing before launching into the stomach-punching groove of “Floored.” Charged. Funky! “Hit single” written all over it, until the incomprehensible guitar shrieking kicks in — which is of course is why you and I got into this in the first place, right?

“Divining” then throttles down to a mellower atmosphere, and that’s the beauty of this group.  Everybody does fast and slow songs on a CD, true, but the Nels Cline Singers have covered wide territory from almost-normal jazz to spiky avant-garde to stomping rock-out numbers, and it’s all good — organic, not forced. “Divining” has such a comfortable groove, a catchy bass riff, and a sparkling solo from Cline — a deeply satisfying piece of work. (And more singing!)

There’s always at least one prog-heavy track on a Nels Cline Singers album; I’ll pick “Red Line to Greenland” for that one.  Amid a sea of electronics, as mentioned above, the guitar riff bursts forth, and it’s all good proggy fun from there. Cline’s guitar is up front, of course, but don’t miss the way Hoff and Amendola kick it during the intense guitar solo.

“Grow Closer” is full of delicious acoustic sounds and, again, tumbling prog-rock lines, packed in a mellow groove with hand percussion for a world-music touch.  And I love the touches of funky reggae/soul on “King Queen!” It’s a driving, grooving, flowing experience that just dials up the intensity — Witham’s wispy keyboards are a big, big help here — and makes you realize these guys aren’t phoning it in.

The longer tracks on the studio disc are the kinds of compositions that make the Singers shine, but the shorter, wildly experimental tracks in between are a treat too: dancing, stomping electronic sounds (“Scissor/Saw”), or ambient chilliness (“You Noticed”).

And I haven’t even listened to the live CD yet.  (That’s next.)

As usual, Cryptogramophone has put together a nice CD package worthy of buying and holding, rather than downloading. The photos of the Large Hadron Collider make a colorful, ambitious, and incomprehensible spread. (Most photos could be something very large or very small; it’s hard to tell.) And there’s a nifty vertical-opening booklet inside.