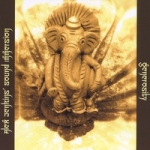 Out of Sacramento, a quartet fronted by two horns and led by drummer Jenkins.  They do some great hard-bop grooving but also color outside the lines quite a bit — as on this track, which is an etheral improvisation.  But it’s great when they turn up the straight-jazz heat as well, as on “Power Outage,” a track that opens with a bright, aggressive drum solo.  Hope to catch them live someday.

The last of the three seven-inches that we got from Generate, this time a trio of guitar, bass, and (piano or drums).  Side A, “Air Below Mountains,” is actually the louder track, a noisy and inorganic brew of electronically tweaked sounds.  “Louder” starts off quieter and includes some uncomfortable pauses before shifting into some busy group work. Nice stuff.

They’ve got a full-length in the works, their first in 11 years of playing together, according to drummer Matt Schulz. 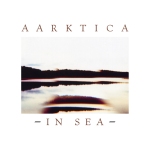 * Aarktica — The album is called In Sea, and I’m not sure whether that’s an “In C” play on words or not.  It could be.  These are electric-guitar washes, heavy in amplified treatment to create walls of ambient sound, loud but cushy. On the title track, you can hear the pick slow-strumming the opening chord that triggers a big, Eno-like wave of sound, a pretty effect.  Given the harmonic statsis of this kind of music, an “In C” reference wouldn’t be surprising.